Alabama business 2019: Mazda Toyota and other projects to bring in billions 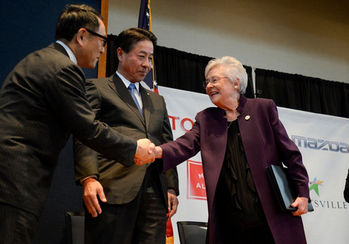 Will 2019 continue Alabama’s hot streak?
2018 began with a big, billion dollar bang – the decision to locate a $1.6 billion Mazda Toyota manufacturing plant in Huntsville. Over the next 12 months, Alabama saw several big name projects locate in-state, as well as expansions of every automotive manufacturer. So what do we do for an encore?

2019 promises to see construction, expansion and investment continue, as Alabama focuses on biotech, research and development projects and other initiatives. Here’s a few projects to keep your eye on in the new year, while remembering that sometimes the biggest stories are the unexpected ones. 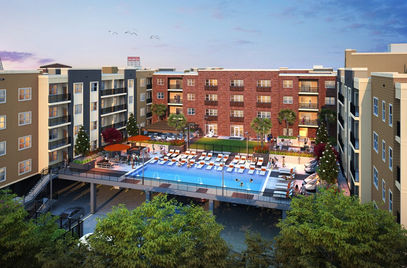 ‘Meridian at the Port’ opens
The opening of the Meridian at the Port apartment complex in Mobile will bring hundreds of new residential units downtown. The $51 million, five-story, 267-unit development will be a large and distinctive presence on the east side of Water Street. It’s one of the reasons downtown Mobilians have referred to an “embarrassment of riches” among high-profile projects. 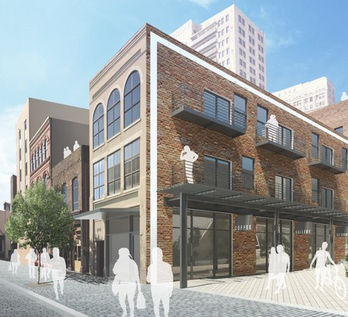 Downtown developments
Several projects are taking shape in downtown Birmingham, continuing an ongoing renaissance. In November, for example, Orchestra Partners got a commitment of incentives in the completion of its mixed-use development Founders Station in downtown Birmingham. A UAB housing project is expected to begin construction in the first part of 2019. These are just a few projects. 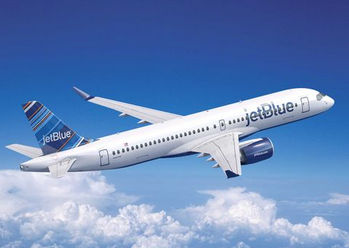 Airbus’ second assembly line
. Construction of a new Airbus jet assembly line at the Mobile Aeroplex at Brookley should move forward rapidly during the coming year. In November, the company announced A220 aircraft assembly is planned to start in 2019, using a combination of the existing and expanded Airbus facilities at Brookley. This will enable the first A220 delivery from Mobile to take place in 2020. 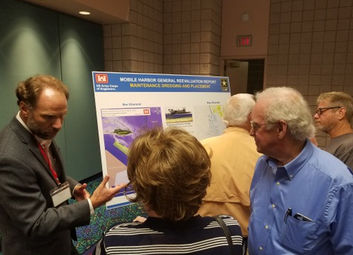 Next steps on the Mobile ship channel
Final approval would clear the way for work on the estimated $387.8 project, which would deepen the ship channel and widen sections of it to better accommodate the larger container ships now favored in international shipping. 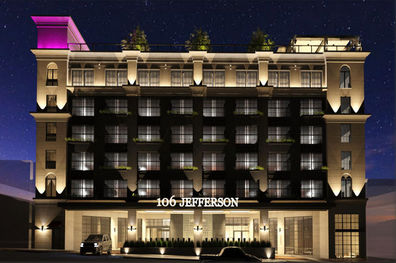 Huntsville’s Curio
Construction is expected to begin this year on Huntsville’s $30 million Curio by Hilton hotel near the courthouse square. It will have 100 rooms with a rooftop bar, full-service restaurant and meeting space. 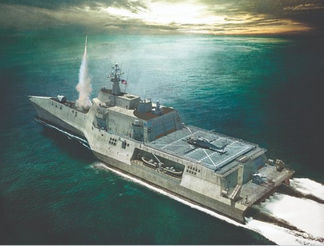 Next steps on the frigate
In 2020 the Navy plans to award a contract for 20 frigates called the FFG(X) class. Five designs are under consideration, including two that would be built on the Gulf Coast. Austal’s candidate is closely based on the aluminum trimaran Littoral Combat Ship it builds on the Mobile waterfront. Advancement of the Navy’s FFG(X) frigate program design selection process has huge implications for Austal. 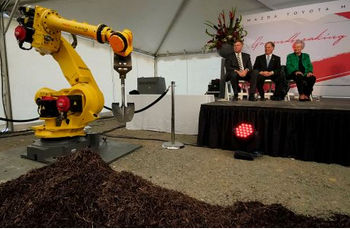 As Mazda Toyota takes shape
The announcement of Mazda Toyota building a $1.6 billion plant in Huntsville was easily the biggest news of 2018. Though the plant isn’t expected to begin production until 2021, it will require suppliers. As we reported back in November, one group, among several, is trying to bring those supply companies to north Alabama. 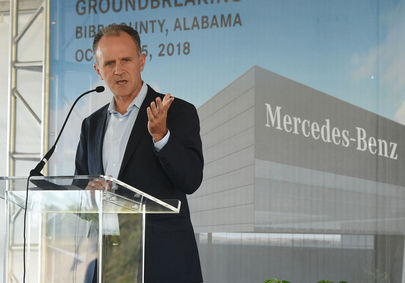 Big changes for Bibb County
Bibb County, sandwiched between Jefferson and Tuscaloosa counties, is in the midst of significant investment. Mercedes-Benz broke ground in 2018 on its electric battery plant, with implications as the company moves toward offering electric versions of all of its models. This is after Mercedes began construction of an international parts hub and logistics center, and the opening of neighboring MollerTech.

Hyundai’s expansion
Hyundai’s new engine head machining facility will be operational by the middle of this year in Montgomery, when Hyundai will begin producing Theta III engines for Sonata sedans and Santa Fe crossovers. Last May, the automaker announced a $388 million investment in its Montgomery plant, upgrading technology in an engine shop and adding engine head machining capabilities. 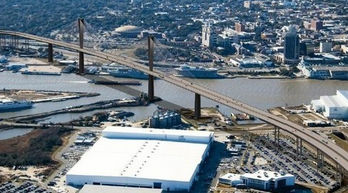 Hands across the water
Even though it appears a project to build a new I-10 bridge over the Mobile River won’t happen until 2020, there will still be some action on the project this year. ALDOT will be clear to issue a final Request for Proposals in the second quarter of 2019 to the three teams competing to build, finance and operate the project. The winner would then be picked in the fall. 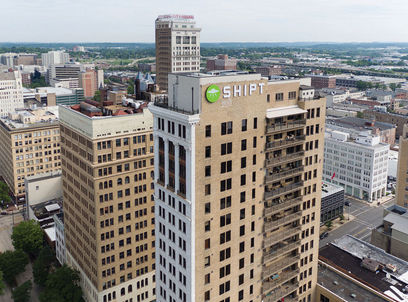 How will Shipt alter Birmingham’s landscape?
Birmingham tech firm Shipt, fresh off its announced expansion of its Alabama operations in 2018, plans to hire 881 new Birmingham-based workers. When the company made its announcement back in July, the expansion was compared to the recruitment of Mercedes back in 1993, which spurred the evolution of Alabama into an auto manufacturing giant.

Trash Panda lair takes shape
Construction continues this year on Town Madison, as well as the home of the Rocket City Trash Pandas. The $200 million, 563-acre mixed-use Town Madison development off I-565 in Madison will also feature a Margaritaville hotel. 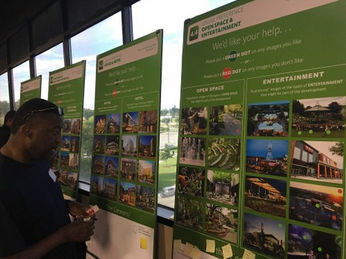 Resuscitating Carraway
Birmingham-based Corporate Realty is preparing plans to transform the former Carraway Hospital into a mixed-use development that could include residential, retail and restaurants, offices, hotel and entertainment venues. 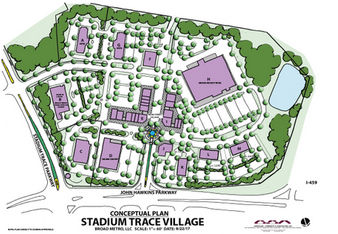 Coming soon in Hoover
The $40 million, 44-acre Stadium Trace Village development in Hoover off Interstate 459 is expected to open this year. Among its tenants announced have been Duluth Trading Company, MELT, Taco Mama and O’Henry’s Coffee, along with ALDI, which was announced in May, while the University of Alabama at Birmingham Health System will build a 39,000-square-foot medical facility there. MOOYAH Burgers, Frutta Bowls, Sweet Charlie’s and Cajun Roux were also announced.